The invisible plastic in your drinking-water 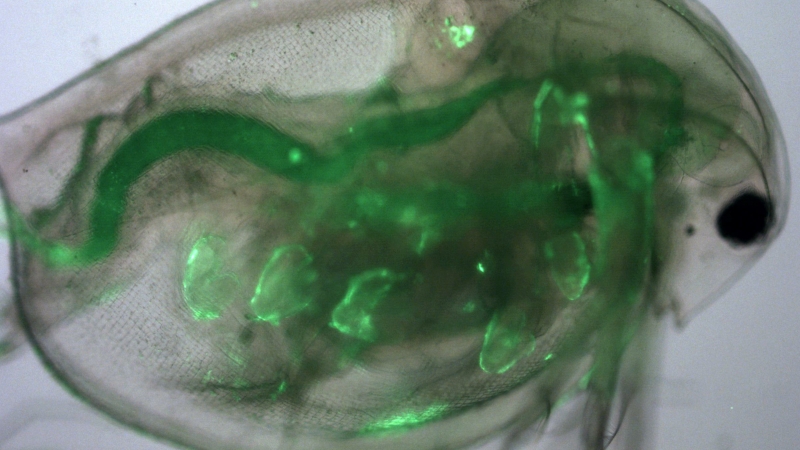 Plastic has been found in the deepest known point in the Earth’s oceans, frozen in Arctic sea ice, even in our drinking-water and food. But how worried should we be about ingesting microplastics?

What’s the extent of the problem?

Microplastics pollution is a global problem, found in more than 80% of water samples taken across five continents (‘The Plastic Inside Us’, Orb Media). The largest source of plastic ingestion in humans is from drinking-water (‘Accessing Plastic Ingestion From Nature To People’, The University of Newcastle, Australia).

An average person is said to ingest around 5 grams of plastic per week from food and water, the equivalent weight of one credit card. It enters fresh water in a number of ways: surface run-off and wastewater effluent (treated and untreated), combined sewer overflows, industrial effluent, degraded plastic waste and from deposits in the air (‘Microplastics in Drinking-Water’, World Health Organization (WHO).

Are microplastics a health risk?

The exact risk to health of ingesting microplastics is unclear. In its study, WHO examined the potential human health impacts of exposure to microplastics through drinking-water. It concluded that more research was needed.

“We urgently need to know more about the health impact of microplastics because they are everywhere – including in our drinking-water,” says Dr Maria Neira, director of the Department of Public Health, Environment and Social Determinants of Health at WHO.

“Based on the limited information we have, microplastics in drinking-water don’t appear to pose a health risk at current levels. But we need to find out more. We also need to stop the rise in plastic pollution worldwide.”

In response to concerns about the impact of plastic and microplastic pollution, public engagement and political commitment has increased. More than 60 countries are already taxing or banning single-use plastics.

As microplastics are mostly inert, vary in size and exist as non-dissolvable particles within water, they cannot be easily removed by chemical means. This poses the question as to whether water filters can remove microplastics.

There are four main types of filtration that can be used in Borg & Overström water dispensers, and they will all filter out some microplastics, but very small particles could still pass through. Borg & Overström has selected to use 3M water filtration solutions due to their quality, compact design, and long-lasting capacities.

Mechanical filtration, such as water filter cartridges, are a popular option for tackling this increasing issue. 3M, the science-based technology company, offers a range of activated carbon water filters designed specifically for point of use water dispensers, such as the AP2 range which features 1 micron and 0.5 micron versions. Oliver Rudman, a technical application specialist at 3M, explains that “as the mechanical aperture of a filter becomes smaller, it is able to remove finer particles from the water. The 0.5 micron AP2 cartridges hold an NSF Class 1 certification, meaning if microplastics are between 0.5 – 1 micron in size, they are able to reduce up to 85 per cent of these particles.”

Filtering water is believed to aid in the removal of some microplastics. Commenting on the report, Thava Palanisami, a senior research fellow at the University of Newcastle’s Global Centre for Environmental Remediation, said. “At present, there is sufficient evidence to understand the human health impact of plastic-related chemicals (BPA, phthalates) but not for microplastics yet. Filtration is one of the simple options that can be applied, it will reduce the exposure to all the particle pollutants in water to a certain level.”

Irrespective of whether there are any risks to human health from ingestion of microplastics in drinking-water, WHO believes there is a need to improve the management of plastics and reduce plastic pollution to protect the environment and human well-being.