The history of sparkling water 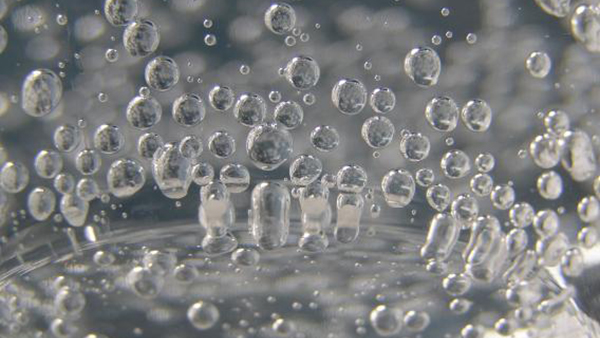 Sparkling, carbonated, fizzy, or soda water. However you choose to refer to it, we all familiar with the sparkling refreshment that hydrates and reinvigorates. What you might be less aware of, is how sparkling water was discovered and popularised.

So called ‘fizzy’ beverages are not a modern phenomena, many alcoholic beverages, such as beer and champagne, have been carbonated through the fermentation process for centuries. Records show, that the English scientist, Christopher Merret created sparkling wine for the first time in 1662, by adding sugar and molasses during a second fermentation process.

This discovery enabled another English scientist, Joseph Priestly, to investigate the process of adding carbonation to still water. In 1767, Priestly suspended a bowl of water over a beer vat in a brewery in Leeds, England. Priestly dripped sulphuric acid onto chalk over the top of this vat, and discovered that this technique infused the water with carbon dioxide. In 1772, he released a paper describing this process as, ‘Impregnating water with fixed air’, and sparkling water was born.

In the late eighteenth century, swiss amateur scientist, Johann Jacob Schweppe,  developed and honed the first commercially practical process to mass manufacture carbonated mineral water in Geneva, based on Joseph Priestly’s research, founding the Schweppes Company in 1783. This process became a sensation,  with even King William IV of England favouring the the sparkling drink.

The sparkling water drank in those days probably tasted a little different than we are used to today. Many chemicals were added to the mixtures in order to preserve the beverages for extended periods of time. In fact, up until World War 2, sparkling water was known as, ‘Soda water’, in the USA, due to the sodium salts it tended to contained. This is why Americans still refer to ‘fizzy drinks’ as ‘soda’ today.

Sparkling water in the modern workplace

Today, sparkling water is created when the combination of high gas pressure and low temperature causes carbon to dissolve in water, creating carbonic acid. When the temperature is raised, or the pressure is reduced, carbon dioxide escapes from the water in the form of bubbles. This process is achieved by passing pressurised carbon dioxide through water. Increasingly, water dispensers and tap systems are available with the option of sparkling water (Borg & Overström have many available here), this provides staff with an alternative hydration solution, giving that extra ‘fizz’ needed to perk up a long working day.

We all know that you never get a second chance to make a first impression, and your company’s first impression begins as soon as your prospect walks through the door. One of the first questions that is asked of visitors, is, ‘Would you like a drink?. Upgrade your offerings by including sparkling water in your option list. This effect will only be enhanced when you have a water dispenser that is well designed, sleek, and efficient, such as the many Borg & Overström water solutions that provide sparkling water.

If you would like to upgrade your workplace refreshment with the option of sparkling water, contact Borg & Overström today, our details can be found here.

You’re reading an article from the Borg & Overström Academy programme.

We take pride in working with our clients to help them to develop their businesses, giving them tailored sales, marketing and technical training and advice.

For information on face-to-face training sessions for your team, sales tips, articles and videos, visit the Academy home page: www.borgandoverstrom.com/academy.